MDJs: The Judges Who Set Bail 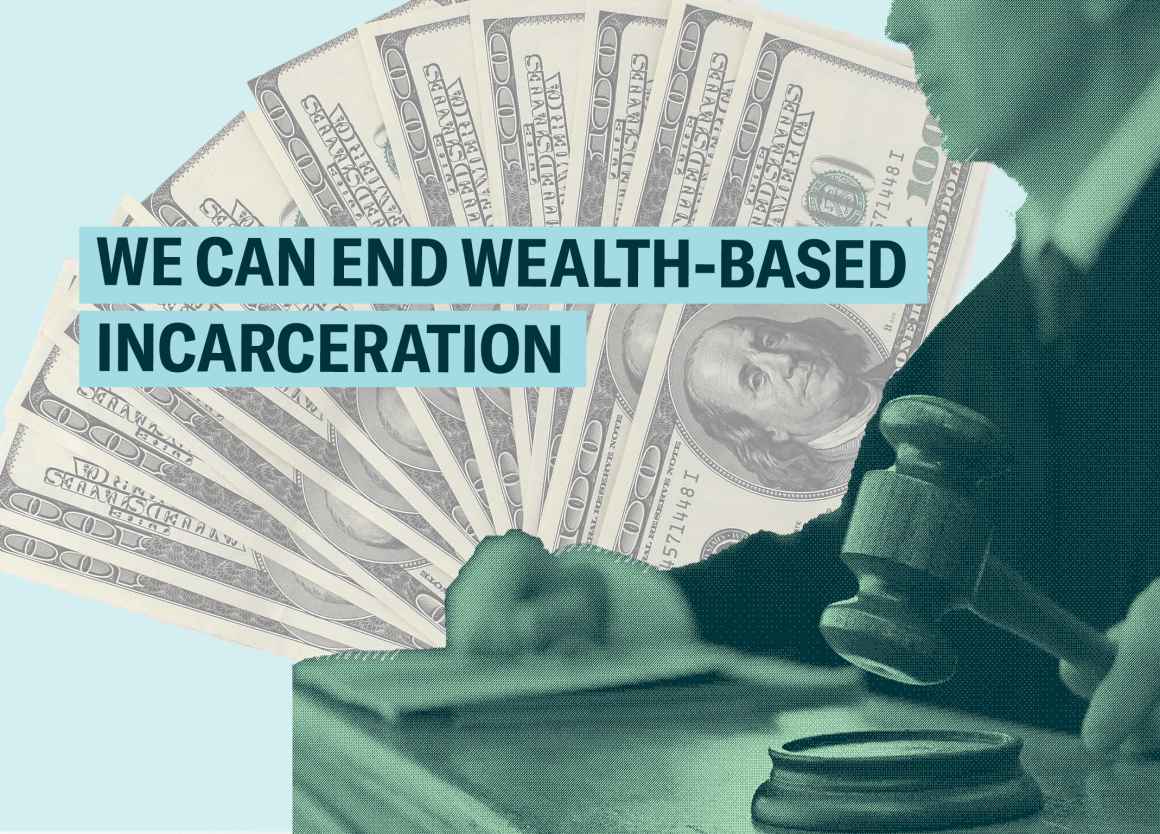 Cash bail is a significant driver of mass incarceration. Under Pennsylvania law, cash bail must only be assigned after a judge considers a person's ability to pay and when no other condition of bail can guarantee the person’s return to court. Cash bail should never be assigned unless the judge conducts an investigation into the defendant’s financial ability and determines that the amount assigned is reasonable. Under the law, no condition of release should ever be imposed for the sole purpose of keeping someone incarcerated until their trial. Across the commonwealth, too many people are incarcerated simply because they are too poor to post bail. Despite the fact that pretrial violence is exceedingly rare (99% of people released pretrial are not rearrested for a violent crime), millions of people continue to be detained pretrial. In fact, 64% of people imprisoned are pretrial detainees who have not been convicted of a crime.

Cash bail as a driver of pretrial detention could end today if magisterial district judges (MDJs) set cash bail in amounts that people can afford.

MDJs are the lowest-level judges in the state judiciary. They handle traffic tickets, landlord-tenant disputes, underage drinking, and early criminal matters. In every county except Philadelphia, MDJs are also the judges who set bail and determine pretrial freedom.

MDJs do not have to:

They serve 6 year terms. The average tenure for MDJs is 12 years. There is no term limit for MDJs.

What type of legal proceedings do MDJs preside over?

How do MDJs drive the rate of pretrial incarceration?

MDJs consistently set unaffordable cash bail without asking about an individual's ability to pay, even though this violates Pennsylvania law. Setting unaffordable bail creates wealth-based incarceration and turns bail into a mechanism for detention rather than release. A study of large urban counties across the U.S. found that judges are more likely to assign unaffordable bail to Black and brown defendants than white.

In addition to setting unaffordable bail, MDJs often deny bail altogether, which is illegal. Across the state, some MDJs who decrease their reliance on cash bail do so by increasing their reliance on denying bail. Under the Pennsylvania Constitution, an MDJ may only deny bail if the defendant faces homicide charges or in the rare instance where the defendant poses such a threat that “no condition or combination of conditions other than imprisonment” can guarantee public safety.

MDJs DO NOT have to use cash bail. They can set 4 other types of bail.

In some instances, MDJs impose court fines and costs on individuals. They also initiate the arrest of defendants who fail to pay their fines and costs by the deadline. Fines and costs are also a driver of incarceration. Every year, thousands of Pennsylvanians are jailed, have their probation revoked or extended, or lose their driver’s licenses simply because they are too poor to pay the fines and costs arising out of criminal cases. The amount of fines and costs a defendant is required to pay can sometimes be in the thousands.

Pennsylvania and U.S. Supreme Court decisions have made it clear that courts cannot punish defendants for failure to pay without first holding a hearing and determining that the defendant has the ability to pay but is willfully refusing to do so. However, the law is not well followed, and people are essentially sent to debtors' prison simply for being too poor.

Decriminalization of sex work is a means of harm reduction

It's time to decriminalize sex work