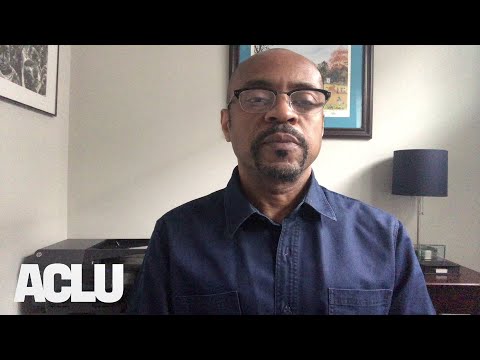 PHILADELPHIA — In the wake of the killing of Walter Wallace, Jr., the American Civil Liberties Union of Pennsylvania, in collaboration with the national ACLU, today demanded that city officials divest from the Philadelphia Police Department and invest in community-based services and responses for people in crisis. They released the following video featuring ACLU of Pennsylvania Executive Director Reggie Shuford that calls on the city council and Mayor Kenney to take action now.

The video and associated action can be found here and here.

“The history of policing in this city is one of brutality and racism. While some leaders have worked to change the culture of policing, that legacy remains, and the impact on the people of Philadelphia, particularly Black Philadelphians, is severe and sometimes fatal. Walter Wallace is dead because the Philadelphia Police Department, with backing from the Fraternal Order of Police, excessively relies on violence to control situations, especially in Black communities.

“A public health approach to mental health disabilities would better serve people in need. When law enforcement officers are the first responders to those in crisis, people die. The city’s budget reflects the city’s priorities. The time is now to shift those priorities from overreliance on police to public health programs that better serve the people of Philadelphia.”

“Tragically, police killings of Black men with disabilities like Mr. Wallace are not a rarity. Between 25 to 50 percent of people killed by police across the nation are in the midst of a behavioral or mental health crisis, and nearly half of all victims of police violence are living with a disability, especially a mental health disability.

“Over the past decade, municipalities have funneled too much money into failing programs that not only inflate their budgets but also maintain the status quo of having police respond to virtually everything, including mental health crises. It’s far past time that we recognize the fallacy of this approach and begin diverting our resources from a solution that doesn’t work — violence and policing — to solutions that do. Now is the moment to fundamentally reimagine a different role for police in our society. Police should not be the default first responders to people experiencing a mental health crisis.”

It's time to decriminalize sex work

Creating a School Environment That's Fair and Just for Students

Student Arrests in Allegheny County Schools: The Need for...