Changes to stop and frisk in Philadelphia's 14th Police District

Philadelphia police are updating the way they handle minor offenses in the 14th police district. Beginning August 1, 2021, police will ask people who are committing minor offenses, like carrying open liquor containers or obstructing the sidewalk, to stop the behavior and move along. Police will only stop, frisk and question the person if they refuse to stop what they are doing.

What is a “minor offense”?

The “minor offenses” that police will handle differently are:

What exactly will the police do?

When an officer in the 14th police district sees someone engaged in one of these minor offenses, the officer will ask them to stop the behavior or leave the area and give them a chance to comply. At this point, the officer will NOT take down the person’s name or ask for their ID or touch them in any way. The person is free to walk away. If the person continues the offense, then the officer can officially stop the person--which includes telling them they can’t leave, asking for name or ID, checking if they have warrants, and possibly frisking them. There are exceptions if the person is a danger to themselves or to other people.

Where and when will these changes take place? 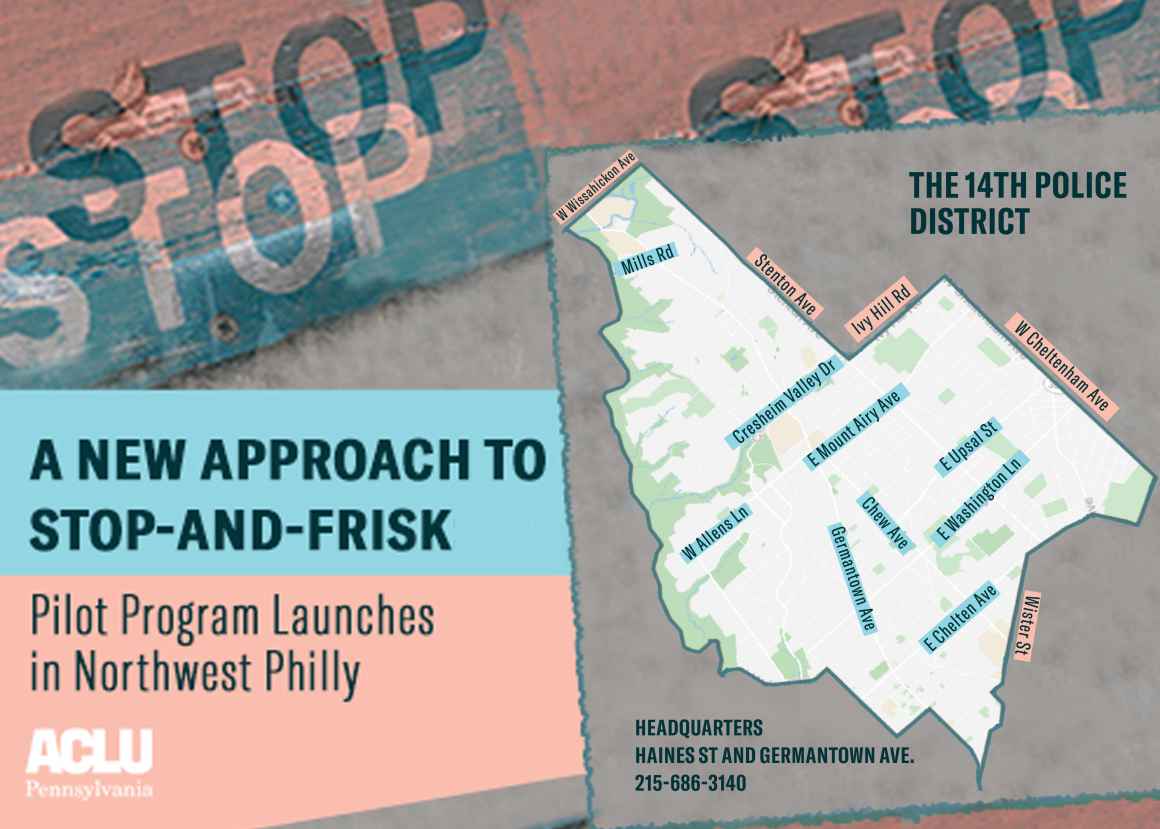 Will the police respond if I call for help?

Yes. If you call the police to ask for help or report a crime, they should respond to you as usual. If you are calling to report a serious crime, nothing will change. If you are calling to report a minor offense that is included in the pilot program, they should still respond to tell the person you are complaining about to stop their behavior first. For instance, if you call to report that your neighbors are hosting a loud party late at night, the police should ask them to turn down their music as a first step. If your neighbors refuse to turn down their music, then the police may take more serious steps.

Why are the police in the 14th police district changing the way they handle minor offenses?

A federal judge oversees how the Philadelphia police use stop and frisk because for years the police have stopped people -- mostly Black people -- without a legal reason, and they have stopped Black people far more often than whites. Formally stopping and frisking people for minor crimes is unnecessary. Because these stops are so racially disparate, this reform to reduce stops for minor crimes should help reduce racial disparities in stop and frisk.