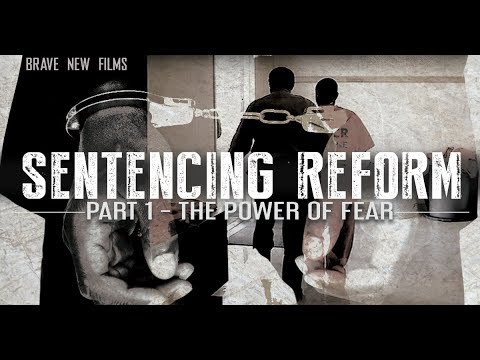 Mandatory minimum sentencing is used when an individual is convicted of a specific crime that by law requires that person to serve a minimum amount of prison time. The problem is, the threat of serving a mandatory minimum sentence can be an incentive in causing an individual to strike a plea deal even though they may be innocent.
‍
What's more, mandatory minimums have been shown time and again to disproportionately impact people of color in communities that are over-policed, as well as individuals who have committed low-level offenses like drug charges.

Judges should have the discretion at sentencing to determine the appropriate length of a sentence, based on the individual circumstances of a case, not a blanket mandate by the legislature.

‍A risk assessment instrument (RAI) is a tool used by judges in court proceedings that considers a number of different factors and purportedly give the judge a measurement of risk as to whether the individual before them will commit a crime in the future. These forumlas, based on existing data steeped in racial and other biases, only reinfoirce mass incarceration and the racial disparities underpinning the criminal legal system.

As with alternatives to mandatory minimum sentencing, judges should have the discretion to make an individualized assessment of what sentence is appropriate based on the circumstances of the case and the person being sentenced. Sentencing can not, and must not, be a one-size-fits-all policy.

The Pennsylvania General Assembly can amend the state’s criminal code to significantly reduce high maximum sentences across the board, in particular for drug offenses,assault, robbery, and burglary.

Stakeholders, including the courts and district attorneys, can also work to increase the availability and use of shorter-term incarceration programs, a number of which are already on the books, such as State Intermediate Punishment, Boot Camp, Recidivism Risk Reduction Incentive, and County Intermediate Punishment.