Few people find fame at age 93, but that’s just what Viviette Applewhite did. In 2012, she became the lead plaintiff in what turned out to be a successful lawsuit challenging a voter photo identification law enacted by the Commonwealth of Pennsylvania that could have, by our analysis, disenfranchised over 100,000 of duly registered voters. Viviette, who turned 100 in May, passed on December 30, and today we remember her with respect and affection.

The first time I asked Viviette why voting was important to her, she replied bluntly, “because it gives me the right to complain.” During the civil rights era, she traveled to attend several services given by a young minister named Martin Luther King, Jr. She even joined him once for a march in Macon, Georgia, to promote voting rights.

Born in 1919 in Philadelphia’s Germantown neighborhood, Viviette had voted in nearly every presidential election since first casting a ballot for FDR in 1940. Pennsylvania’s voter ID law jeopardized her lifelong commitment to one of our most precious civil liberties.

Applewhite, et al., v. Commonwealth of Pennsylvania helped wake people to the reality that not every voter has or can get a government-issued photo ID. Viviette’s tale was particularly complicated, but the disenfranchisement she would have suffered was all too commonplace.

Pennsylvania’s 2012 law required one of very few types of photo identification. In reality, unless you had a driver’s license or non-driver state ID, you likely didn’t have the ID required to vote. Ludicrously, even a veterans’ picture ID, issued by the U.S. Department of Veterans Affairs, didn’t suffice.

To get a state-issued ID in the post-9/11 security-enhanced world, you needed an original birth certificate and social security card, and the names had to match perfectly. Women were disproportionately affected by this requirement because they more often changed names with marriage. In that case, they also needed an original marriage certificate.

African-Americans, especially those born in the South, were also severely affected. Especially during the Jim Crow era, many Black people weren’t born in hospitals, and if they were, most hospitals did not prioritize keeping birth records for them. Viviette and her nine fellow plaintiffs in the lawsuit were representative of people without the required IDs who would have a difficult, if not impossible, time obtaining the needed ID. 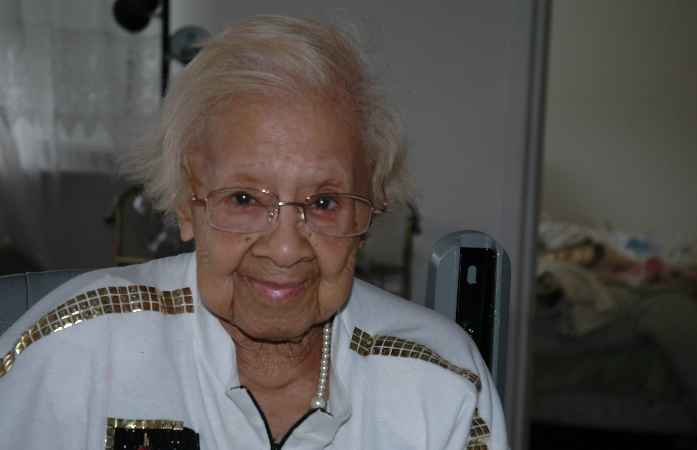 Viviette’s birth name was Viviette Virene Brooks. After a short-lived marriage at an early age, Viviette vowed never to wed again. But she spent more than two decades with the love of her life, John Applewhite. A sharecropper’s son from Mississippi, John’s father decided to ensure Viviette’s family inheritance by adopting her. At the time, she took the name Applewhite. She secured a social security card bearing that name.

Viviette never drove, so she had no need for a driver’s license. After her purse, containing both her birth certificate and social security card, was snatched she began a quest to obtain replacement documents and to get a state-issued non-driver photo ID card.

By 2012, she had been trying for nearly five years. Even if she got her birth certificate, the name Viviette Brooks would not match her social security name of Viviette Applewhite. She still needed the Mississippi adoption record from the Jim Crow era. As expected, her lawyers never succeeded in tracking it down.

Thus, in 2012, Viviette’s only government-issued ID was a medicare card and a SEPTA bus pass, neither of which qualified her to vote under Pennsylvania’s new law.

Fortunately, the voter ID requirement was blocked by an emergency ruling from the Pennsylvania Supreme Court. Viviette and thousands of other people who unquestionably had the right to vote were able to do so in the 2012 November election. After two more years of litigation, Pennsylvania courts nailed the voter ID law coffin shut. Unfortunately, laws with similarly dire disenfranchisement consequences remain on the books in other states.

Viviette’s lawsuit helped to expose the lie undergirding not only Pennsylvania’s law but all voter ID laws, namely, that they are needed to combat rampant voter fraud. Through discovery in the lawsuit, we learned that Pennsylvania officials could not identify a single instance of in-person voter fraud. They even signed a document introduced into evidence admitting that they had no evidence of such fraud. Pennsylvania’s voter ID law was nothing more than an effort to systematically disenfranchise thousands of voters, disproportionately people of color and of lesser financial means.

Viviette Applewhite was bright, serious and feisty. She lived a hard, but full life. Viviette is survived by a daughter, five grandchildren, and at least nine great-grandchildren and four great-great-grandchildren. Pennsylvanians owe her a debt of gratitude for waging a courageous fight to defend our precious right to vote. On behalf of the ACLU of Pennsylvania, we mourn Viviette’s passing and extend our condolences to her family. She was a friend to the organization who will be missed but never forgotten.

The midnight raid on our rights