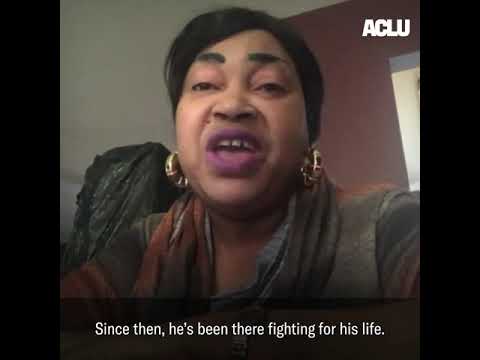 On March 24, 2020, the ACLU of Pennsylvania, the ACLU Immigrants Rights Project and National Prison Project, and the law firm Dechert LLP filed a federal civil rights lawsuit against Immigration and Customs Enforcement arguing that ICE has violated the constitutional rights of 13 people in immigration detention who are at heightened risk of contracting COVID-19 (coronavirus) due to age and/or serious health conditions.

The 13 plaintiffs are housed at York County Prison, Clinton County Correctional Facility, and Pike County Correctional Facility. In their complaint, they describe conditions in which people are housed in close proximity to each other with as many as 72 people in a room. They bump into each other during sleep. Meals are served with people sitting shoulder-to-shoulder. In one jail, detainees live with three people per cell, sharing a common toilet and sink. People in detention do not have access to hand sanitizer and share a daily ration of soap. When the people who are detained clean the facilities, they are not given protective gear, exposing them to bodily fluids. Quarantining involves keeping large numbers of potentially infected people in one small space. Two plaintiffs have COVID-19 symptoms, but the prisons will not test them and they remain in general population.

The lawsuit argues that the continued incarceration of the 13 plaintiffs, who are at the highest risk of contracting the disease and getting seriously ill or dying because of advanced age or pre-existing medical conditions, dangerously exposes them to COVID-19 and violates their due process rights and their right to be free from cruel and unusual punishment.

On March 31, 2020, the court issued a temporary restraining order to release the ten plaintiffs who remained in detention (after three had been released by ICE).

Then, on April 27, 2020, the district court issued an order granting in part ACLU-PA's motion for a preliminary injunction and denying it in part. The court ruled that the plaintiffs who were detained at Pike County Correctional Facility could remain free, but those who were detained at York County Prison and at Clinton County Correctional Facility were to return to detention. The plaintiffs filed a motion for a stay and reconsideration, which the court granted in part and denied in part on April 28, allowing the plaintiffs who are sick to remain free but ordering those who are asymptomatic to return to detention.

Later that day, the plaintiffs filed a motion for an emergency stay before the United States Court of Appeals for the Third Circuit.

United States District Court for the Middle District of Pennsylvania