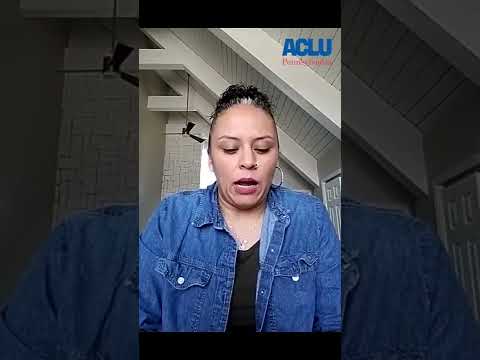 The American Civil Liberties Union of Pennsylvania filed a federal civil rights lawsuit against the Pennsylvania State Police and seven troopers on behalf of 10 motorists, alleging that the troopers targeted the motorists for vehicle stops because they are Latinx and then unlawfully detained them and their passengers - some for hours at a time - to investigate their immigration status.

All 10 of the complainants are Latinx. The allegations in the lawsuit relate to six separate incidents from 2017 and 2018, five of which occurred in south central Pennsylvania. The sixth incident occurred in Bucks County. The incidents described in the lawsuit are representative of a much larger pattern of illegal enforcement of federal civil immigration law by the state police.

According to the lawsuit, troopers engaged in a “pattern and practice” of stopping Latinx people traveling on interstates and state roads for the purpose of investigating their immigration status. The lawsuit describes how troopers repeatedly demanded that all Latinx drivers and passengers show their “papers,” instead of focusing on any purported motor vehicle violation. The lawsuit also describes how the Commonwealth of Pennsylvania, through its agency, the Pennsylvania State Police (PSP), have been deliberately indifferent to this pattern of discriminatory profiling and illegally prolonged detentions to investigate immigration status.

On April 6, 2022, ACLU-PA and PSP announced a settlement in the case. PSP agreed to revise its policies to be clear that troopers are not responsible for enforcing civil immigration law. The new policy prohibits troopers from prolonging stops to conduct immigration checks and from running an immigration check when verifying a person's identification. Finally, PSP agreed that an immigration detainer – a request from ICE asking that the person be detained until ICE can take the person into custody – does not provide a basis for a detention or arrest on its own. Detainers, which are not signed by a judge or based on probable cause, cannot legally justify extending a traffic stop.

Witold Walczak, Vanessa Stine, and Muneeba Talukder of the ACLU of Pennsylvania