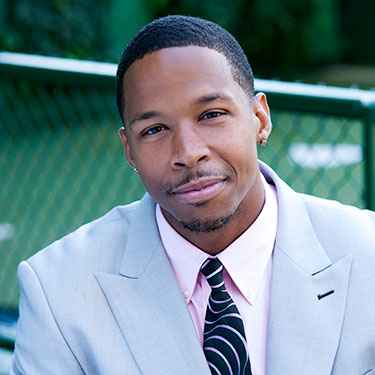 Terrell Thomas is the Senior Field Organizer for the ACLU of Pennsylvania’s Smart Justice Campaign in Allegheny County. Terrell works to reduce Pennsylvania’s jail and prison population while combating racial disparities in the criminal justice system. He was the Executive Director of The Isaiah Project youth development program which caters to the needs of Pittsburgh area teenagers, emphasizing critical thinking, crisis intervention, life skills, trauma-related rehabilitation, gang prevention and mediation. Terrell is the President of Power University, a community awareness program that educates and unifies Pittsburgh residents and organizations through community education initiatives in an effort to address challenges faced by residents that often lead to violence. Terrell was responsible implementing trauma response services, crisis intervention meetings, mediation strategies, workforce development programming, group therapy and life coaching workshops. Terrell created the Peacekeeper pact which works with active gang members or individuals living a high-risk lifestyle and helps them to obtain employment and skills needed to become successful. Terrell spearheaded Project LOVE which is a group of business professionals, non-profit services providers, executive directors, Pittsburgh residents, artists, real estate agents, developers and community activists participating in social lab-based processes that allow the team to identify and address root causes to issues rather than the symptoms of issues that have a systematic effect in our environment. Terrell sits on the board of directors of numerous organizations and is a volunteer for youth sports. Terrell is the mind behind "Steel City Strong" documentary and book that uses the motivational life experiences of people from Pittsburgh to uplift others that may be going through hard times. Terrell is the owner of Last Fix Lawn Care company which hires men and women who were incarcerated and recently released from prison and gives them an employment opportunity at the city's true living wage. Terrell is the CEO of My Brother’s Keeper transitional living facility. Since its inception in 2002, it has worked to help men and women re-entering society become self-sufficient and socially conscious. Terrell was named one of the 40 under 40 by Pittsburgh Magazine in 2016, a Man of Excellence by The New Pittsburgh Courier in 2017, Who’s Who in Black Pittsburgh in 2015, the Ronald Dillion Man of the Year in 2017, and in 2019 he was named as one of 20 honorees for The Incline's Who's Next: Community Leaders and Activists. (Pittsburgh)

What a Mayor Ed Gainey could mean for Pittsburgh

The Harm of Marijuana Prohibition