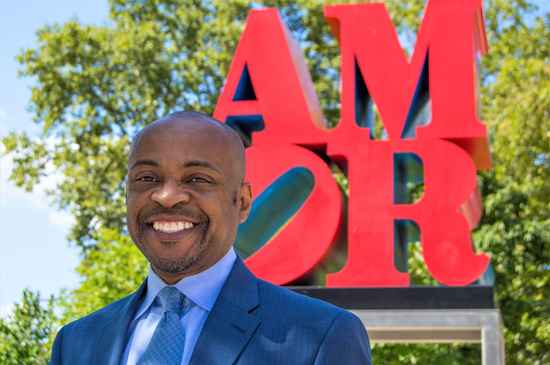 Reggie Shuford became executive director of the ACLU of Pennsylvania in September 2011. Prior to joining the ACLU-PA, he served as the director of law and policy at the Equal Justice Society (EJS), a national strategy group heightening consciousness on race in the law and popular discourse. From 1995-2010, Reggie served as senior staff counsel in the national ACLU's Racial Justice Program. During his tenure there, he helped to pioneer legal challenges to racial profiling practices nationwide. He was the ACLU's chief litigator in challenges to racial profiling, leading national litigation efforts and consulting with ACLU state affiliates and others in cases of "driving while black or brown," airport profiling, and profiling related to the war on terror.

Reggie is a graduate of the University of North Carolina’s School of Law in Chapel Hill, where he was his graduating class president. In 2009, he received the Law School’s Distinguished Alumnus Award.

Reggie is a former Harvard Law School Wasserstein Public Interest Fellow and received the 2014 Minority Business Leader Award from the Philadelphia Business Journal and the 2014 Humanitarian of the Year Award from the William Way LGBT Community Center. In 2015, Reggie was selected as a CBS Philly Game Changer, named Diverse Attorney of the Year by the Legal Intelligencer, and received the Philadelphia Business Journal's LGBT Business Advocate Award. He is the recipient of the 2016 Living Legal Legend Award from Penn State Law's Black Law Students Association and Multicultural Undergraduate Law Association. Reggie also received the 2016 David M. Rosenblum GLBT Public Policy Award from the Pennsylvania Bar Association (PBA) Gay, Lesbian, Bisexual and Transgender (GLBT) Rights Committee and was named one of Philadelphia’s Most Influential African Americans of 2016 and 2017 by the Philadelphia Tribune.

In 2017, Reggie was the recipient of the City of Brotherly Love Softball League's Community Service Award and was selected as an Outstanding Voice: the Business of Pride by the Philadelphia Business Journal. In 2018, Reggie was named as one of The Advocate Magazine’s Icons, Innovators, and Disruptors in the category of "Judicial Warrior," recognized again as one of Philadelphia’s Most Influential African Americans of 2018 by the Philadelphia Tribune, and elected as chairperson of the ACLU Executive Directors Council Steering Committee by his peers across the country, a position he held until 2022.

He is the 2020 and 2021 recipient of the Philadelphia Tribune’s Most Influential African American Leader Award, the Philadelphia Bar Association’s Justice Sonia Sotomayor Diversity Award and Bar Star Award, and is featured in a new book, "Lessons from Successful African American Lawyers: Practical Wisdom for Those on the Path to Lawyerhood," and was selected as a 2021 Atlantic Fellow for Racial Equity. In 2021, City and State PA recognized Reggie as part of its Philadelphia Power 100, a list of the most influential people in Philadelphia politics, and, in 2022, City and State also named Reggie as one of their Law Power 100, recognizing people in the legal profession "who are shaping the direction of the state politically, legally and otherwise."

Reggie is a member of the Board of Directors of the Atlantic Center for Capital Representation, Claneil Foundation, New Hanover Scholars, UNC Law School Alumni Association, and Free Speech TV, where he serves as chair. (Philadelphia)

Christian Hall should still be alive

Honor Dr. King’s Legacy by Divesting from the Police

A Letter from the Executive Director